Mt. Pamitinan is located at Brgy. Wawa in Rodriguez, Rizal. This municipality which is rich in environmental resources is also rich adventurous activities like rock climbing, and spelunking. But the reason why we went there was to do their most popular one, hiking.

Rodriguez is the same municipality as Montalban. Although its name was changed already to Rodriguez, many people still referred to it as Montalban. Even PUJs and other local transportation still use “Montalban” in their sign board.

Located a few hours (or even minutes) away from Quezon City, traveling to Montalban is very easy. Thus, for a beginner’s hike, we opt to choose this as our first mountain to climb.

With a hiking difficulty of 4/9 and elevation of 426 meters, Mt. Pamitinan was featured in When In Manila and Buzzfeed’s article for recommended mountains to climb for newbie hikers. Seeming like this one is the closest mountain we could hike, we decided to traverse Mt. Pamitinan last April 18, 2016.

We started pretty late for a good climb. It was already 9am when we arrived at DENR office in Wawa, Montalban, Rizal. Our tour guide, Kuya Orly welcomed us a few minutes later. We had to register to the DENR office, and barangay hall and paid the registration for a start. 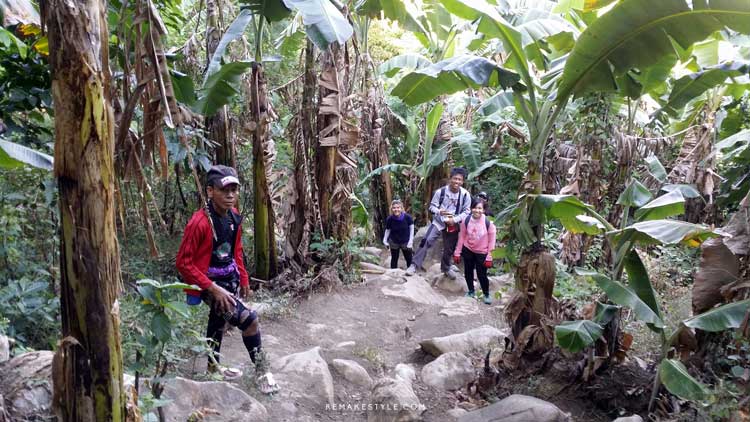 After a while, we were off to our first mountain hike. Before we stepped to the area, our group formed a circle and started with a short prayer for a safe climb.

I admit it was really exciting because this was my first hike. But hey, I should be.

The people in the area were really kind. While passing the hanging bridge on our way to the trail, the locals were giving us a warm welcome and greeting us “Good morning, mam/sir.” and “Ingat po.” (Have a safe trip.) 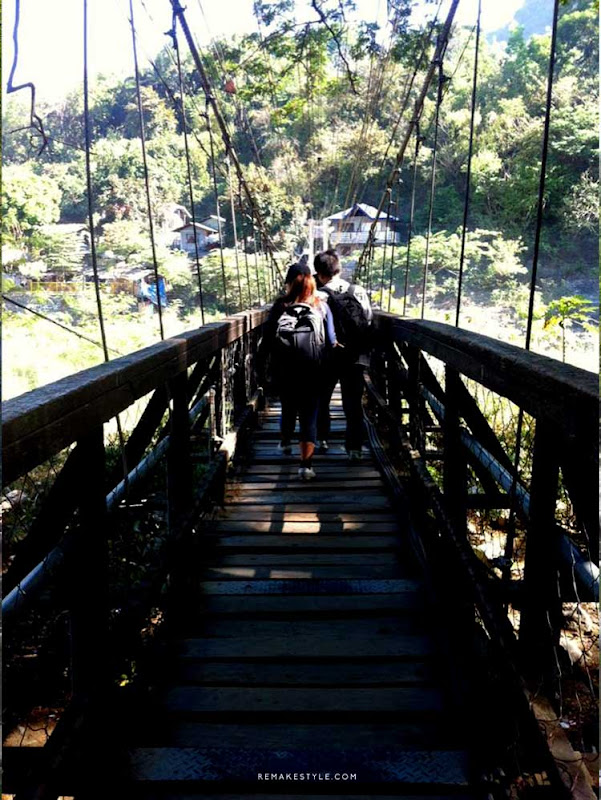 And here comes the most challenging part, the stairs… The moment we were climbing the stairs, I was already feeling exhausted. That moment, I thought that this was already hard enough for me, what else hiking on top would be. I was looking at my friends but they didn’t seem tired at all. I later learned that we were having the same thoughts while climbing those stairs. It felt difficult! But please excuse, it was our first time.

The first few minutes on the trail, we were trying to take every photos we could get. A shot there, and a short here. The mountain formations were just awesome. 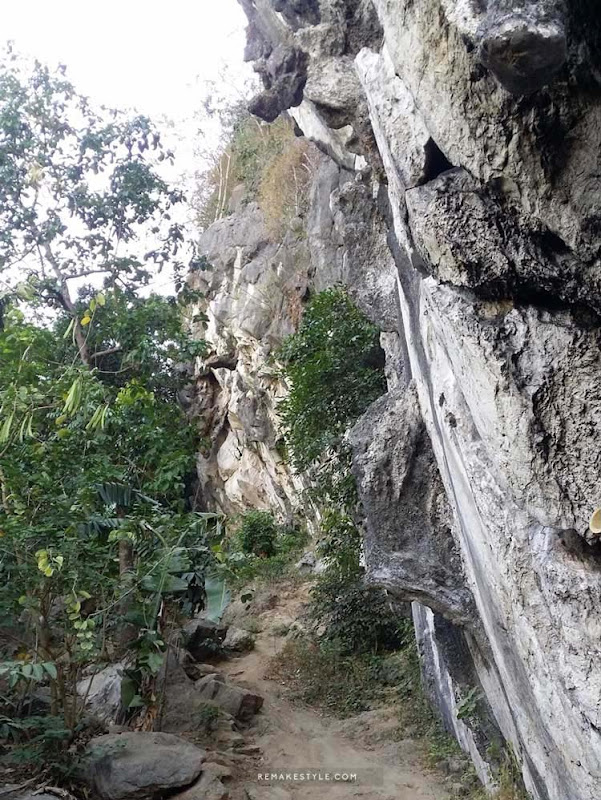 While taking our first rest, Kuya Orly shared stories about the history of Montalban, and Mt. Pamitinan itself. It was really entertaining.

The trail started changing into rocks, and I had to start wearing my gloves. I tried to remove the gloves once or thrice, but I realized that I should just wear them because the rocks were really sharp. 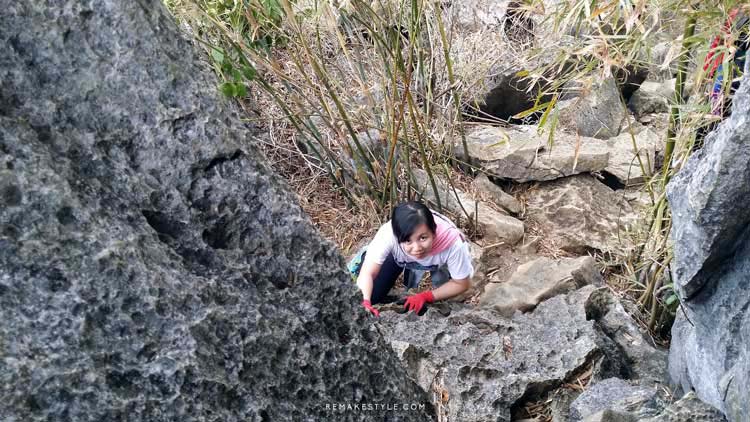 It became more challenging as we were ascending. A few times I thought we were already at the peak, but we’re not. There were several junctions along the way where we were able to take a short break.

Somewhere half-way near the peak, there was a sari-sari store where they were selling water, candies and snacks. They were also selling “turon” which is my favorite.

When we arrived at one of the areas which seemed like the peak, we decided to take our lunch. It felt like we were really living with nature that time. More importantly, we never left a trash behind. We encountered a few hikers who were descending the mountain already and a few who started a bit earlier than us. But so far, there were only 3 groups we met along the way. 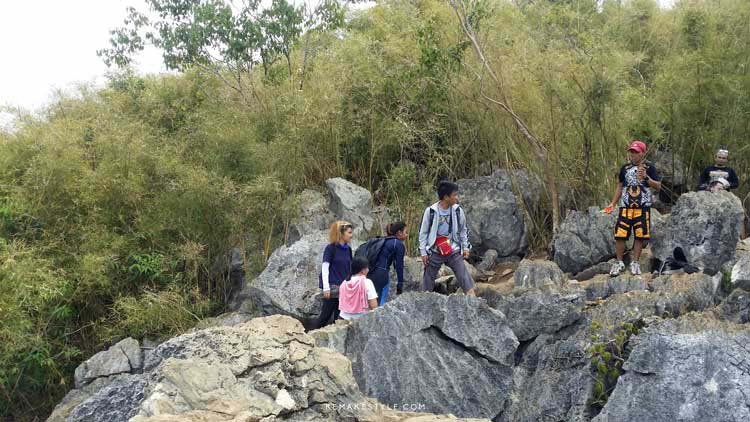 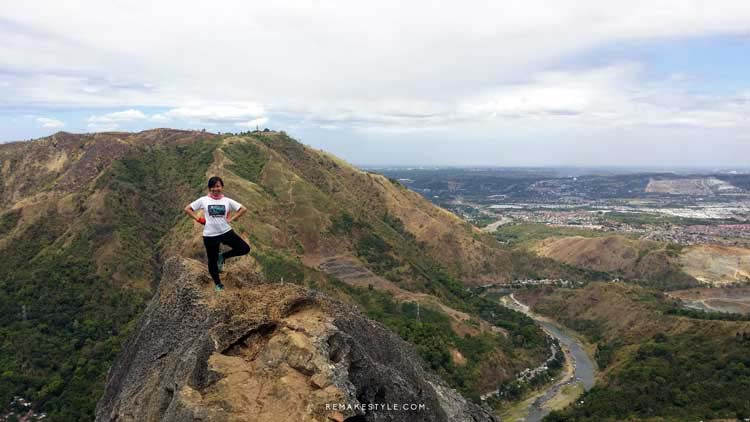 When we reached the peak, the sun was shining too brightly that we decided to wait until it becomes cloudy before we climb the real mountain peak. So, we stayed under the shade of a big rock formation, told stories, took a nap and more pictures in the area. It was around 1PM.

To climb the peak of Mt. Pamitinan, more specifically, the big rock formation which served as its peak, we have to use a big blue rope provided there. It was challenging because it was really steep and you only have the big rope and the rocks to hold on to. 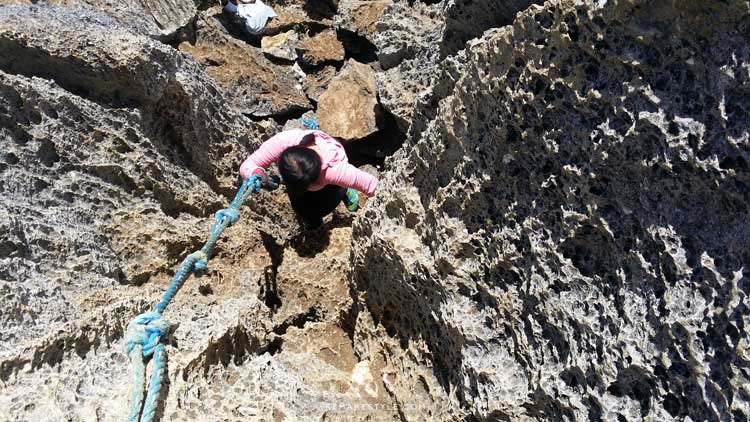 We stayed there for a good long time. No other climbers were in the area yet, so we had all the time.

When we were satisfied, (and we were really really satisfied), we decided to start traversing down Mt. Pamitinan. It was easier this time. 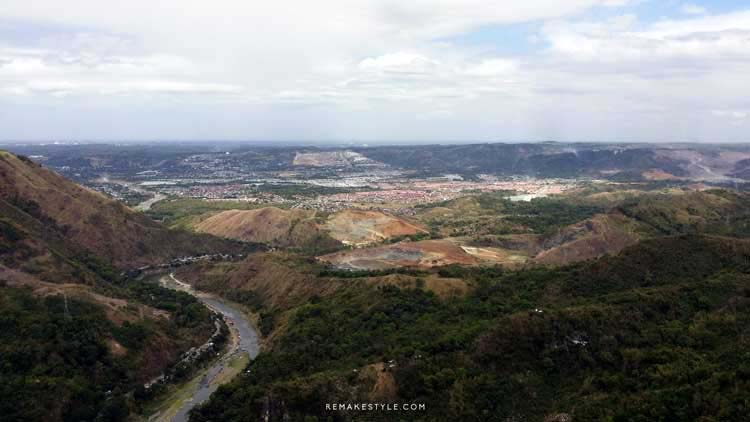 For a moment, I thought we were almost near the junction, but again, we’re not. I realized that it was really a long climb.

When we arrived at the junction, I took a bite of their turon. Just the right taste.

We arrived back at the barangay proper, by around 3PM (maybe). After resting for a while, we decided to take a sidetrip and swim another local spot, at Wawa Dam. We were actually prepared to do just that.

Kuya Orly went with us to Wawa Dam and guided us to a secluded spot in the area. He was telling us stories and giving us trivias about the landmarks we passed by along the way. 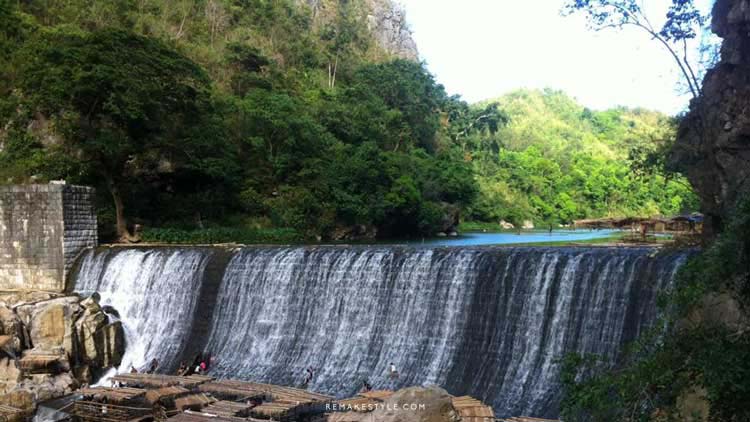 We passed another bamboo bridge with a very narrow passage that it felt like it felt like it was going to collapse anytime. But now, it will not. Bamboos are pliant like that. 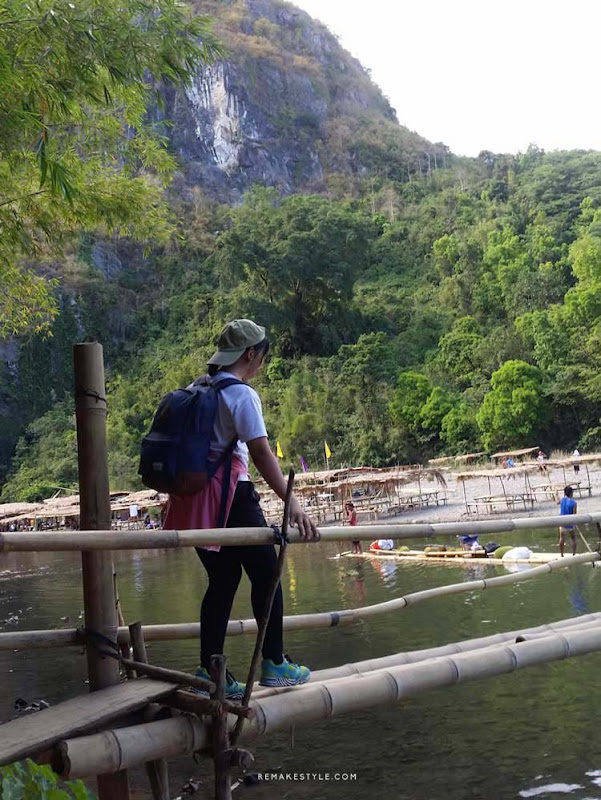 We spent the rest of the afternoon swimming in the river. It was refreshing and cold, the moment I step out of the water, it would send chill on my spine. 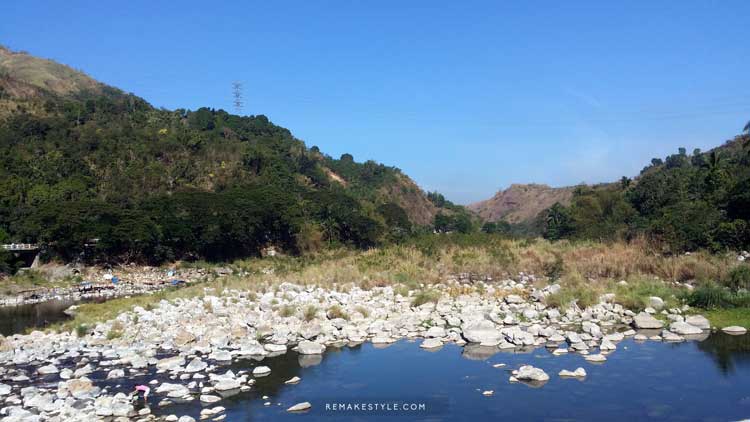 Before we knew it, it was already 6PM. There were no lamp posts in the area so it was pretty dark.

We changed our clothes at a nearby rest house. For another long while, we had a long chat. While drinking some hot chocolate, and relaxing after our long adventure, we still have a hang over about what happened.

Yes, it was challenging. And it was tiring but it was worth it! Maybe you have heard that a lot, and I might be saying this because I am a newbie in this, but I mean it.

Life is a journey. It’s the barkada that makes it worth the trip. I look forward more adventures with them. We’re definitely going back to climb Hapunang Banoi and Binicayan next. Now it’s your turn!

*I recommend you call him rather than text him if you are on a rush because the signal in the area is sporadic depending on your location.

That’s most of the exciting part of our trip. We already went through different adventures since we started our hike here, and I’m posting this pretty late already. But yes, that is my beginner hiker’s story at Mt. Pamitinan in Rodriguez, Rizal.

Have you been to Mt. Pamitinan yourself? Share your experience with us.

Traveling with your family can be both extremely rewarding and extremely difficult. When considering international travel with your children, it is very important that you, as the adult, are well organized for your trip. When being in complete control of everything is necessary for you and your children in a foreign country, the last thing…