The two Pinays who represent the Philippines in Asia’s Next Top Model S2 (AsNTM2), Jodilly Pendre and Katarina Rodriguez, made it to the top 3 of the said reality TV show. 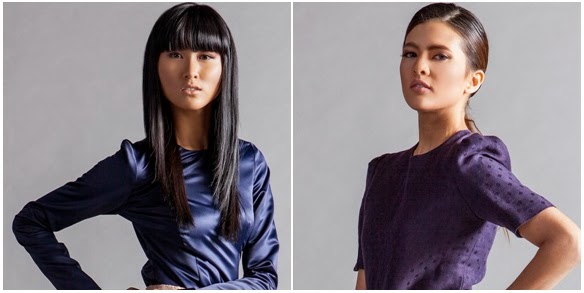 On the previous episode of Asia’s Next Top Model Cycle 2 which aired in Starworld last, Wednesday, April 2, 2014, Marie Nakagawa was shockingly sent home after failing to give her fullest potential in their last photoshoot despite of having 3 first call outs. That made Sheena Liam, Katarina Rodriguez, and Jodilly Pendre the official candidates for the grand finale of Asia’s Next Top Model S2.

The competition started with 16 beautiful ladies who all aspired to win in Asia’s Next Top Model Cycle 2. They came from different countries all over the Asia-Pacific region. Out of those sixteen, Jodilly and Katarina represent Philippines. And now, these two ladies are part of the Top 3.

Sixteen asian models competed, but now it is down to three. Who will bring home the title and will become Asia’s Next Top Model. Watch and find out on Wednesday, April 9, 9:40 PM on Starworld.

Get your own diamond wedding bands

How to Overcome Damaging Mistakes in Life