Around January 2014, I experienced acne problems in my face. As a teenager, acne is a bad enemy. I was on my normal facial routine back then so I thought this acne would go away after sometime. To my dismay, they just spread. To make matters worse, they decided to play around my cheek and jawline area. I thought my facial cleanser is on the verge of its use so I thought of new options.

One of my friends recommended Beauche Beauty Bar Soap when she saw I was having acne problem. She told me she had been using this product for two years now and I can see that it served her well. She has a smooth and fair complexion which I secretly admire, so when she shared her skin regimen, why not give it a try. 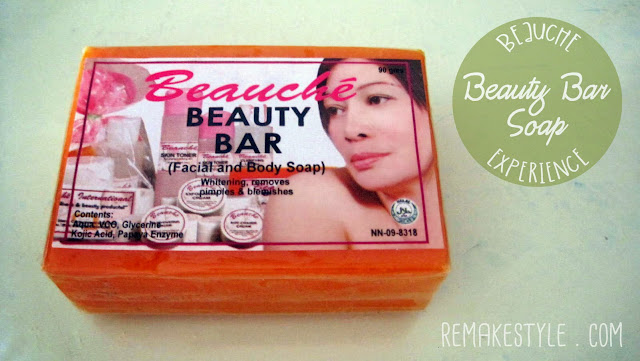 Around that time, a Beauche International stall has just opened in a mall near our area. This mysterious timing has led me to finally try their product.

The Beauty Bar Soap (90 g) was a steal for Php 38.00 (less than $ 1.00). I was just going to canvass prices when I heard about how cheap it was and finally opted to buy it. It was weird buying first before researching about the product but it happened.

I actually tried to summarize everything that happened while I was using this product and this by far the best I have. I have to include the trial and error I had with my skin care regimen to make this an honest review.

When I first used Beauche Beauty Bar Soap, it was really bad. It was stinging and painful. It felt like my face was burning. It was my first application and I knew this would happen. My face also became red as apple (not to exaggerate). The only consolation then was the tightening effect. Don’t give up now right.

I changed my skin care routine when I used this product. The stinging of my face felt like it might be too harsh for sensitive skin. Although mine is not really sensitive, I tried to use limited products as possible. To tell you the truth, my start was awful. I used Beauty Bar Soap with Eskinol Pimple Fighting Facial Deep Cleanser as my toner day and night and I skipped moisturizer. I thought this would help dry my pimples faster. Worst idea ever.

Outcome of my First Attempt

More pimples and dry skin. Pimples are to be expected but dry skin, no… My first attempt was bad probably because of wrong skincare regimen I followed in this dire time. A dry skin is not good and it only brings out the worst possible scenario that could happen. 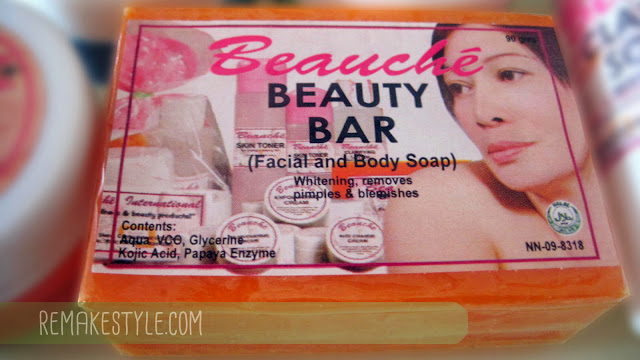 Appearance of pimple like spots or butlig. Actually, my initial thought about appearance of more pimples in my face meant that my face was still in the purging stage. Meaning, impurities are being lifted out of my face so pimples and butlig are to be expected. That was why I still continued on using this product though it seemed like it was not working.

This second attempt might be a little off now since I should be reviewing Beauche Beauty Bar Soap. However, since I realized what was off in my facial skin routine, I decided I need a moisturizer that would balance with the Beauty Bar Soap. 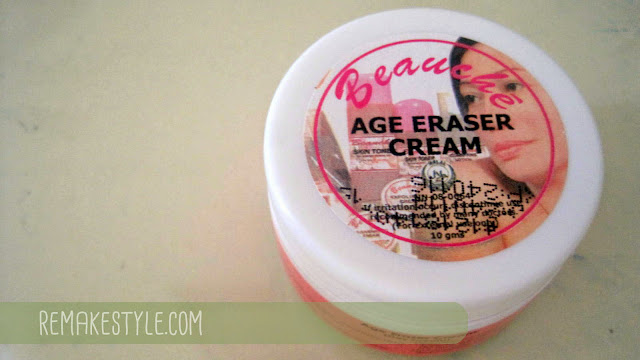 In the end, I decided to buy the whole Beauche Pack which retails for Php 750.00 (around $ 17.00). My target was actually the Rejuvenating Cream for moisturizer but when I realized it’s a night cream, I have to buy a day cream, which makes the Age Eraser Cream as essential. I also stopped using Eskinol Pimple Fighting Facial Deep Cleanser for the meantime. 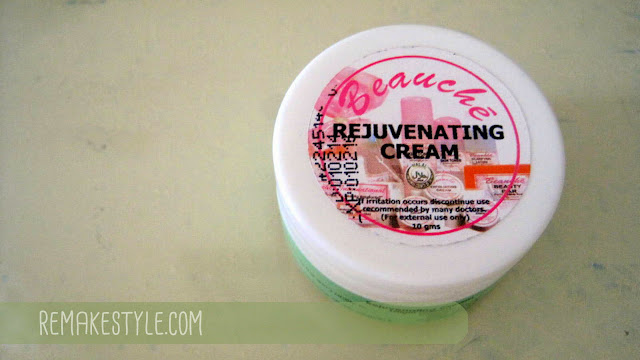 Experience with my Second Attempt

Smoother and Lighter face. Since I’m using a moisturizer now, my face was not dry anymore. People around me have noticed that my face have become smoother and lighter as well.

Less Pimples. Pimples also started to say bye to my face after about a month of using Beauche Beauty Bar Soap. Take note that the first two weeks was actually part of my bad first attempt with this product. It might just have taken a week or two if I was doing the right beauty skin regimen.

I have been using Beauche Beauty Bar Soap for almost 7 weeks now. According to people around me, my face has become fairer and smoother. My acne is now gone. What is left are dark spots and scars caused by those little pimple vermin. I’m going to deal with them soon.

Beauty Bar Soap from Beauche may not be the best acne clearing soap around there. I could give it a thumbs up for the lightening and smoothening effect it gave to my skin; Thumbs down for the stinging and reddening of my face for the first few days of application.

I will continue to use this for another week and would give the finale verdict.

UPDATE: I made a post about my initial experience from using Beauche beauty products. I have also included the beauty regimen I did which cured my pimples.

How to Smell Really Good