Janine Tugonon (No. 18) was hailed as the most beautiful woman as she represents the Philippines in this year’s Miss Universe pageant that happened in Smart Araneta Coliseum last April 15, 2012. 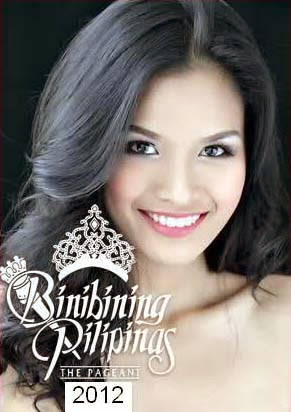 In the pageant, judge Jose Manuel Romualdez asked Tugonon the question, “Many women nowadays forego a happy family life for a successful career. How do you feel about this?”

She replied, “I believe that women have the right to choose between what they want. But for me, you’ll have to go for what God has called you to do, whatever it is, between the two. You must do what your purpose is in this world. Just have a child-like faith and mature obedience, and everything will go smooth.”

The list of the other winners was as follows:

Photo from Adventures of a Beauty Queen

The special awards winners are:

You stay on top of housework and keep a tidy home, but what about the elements that circulate through your home? If you’re concerned with your air and water quality, here are several tips to help you stay safe and to keep things as pure as you can. Check Your Air You are right to…

Planning a wedding can be very stressful. Weddings are expensive, and the bride wants perfection on her day. One of the most expensive items is the wedding dinner or reception. What’s the difference between the two and which should you have? Here’s some information to shed light on the subject. What’s the Difference? Honestly, there’s…

Finding unique and stylish pieces is not really hard these days. That is because, aside from the usual mall and bazaar shopping, a convenient shopping experience has been trending today—ONLINE SHOPPING. Yup! With online shopping, you could choose from hundreds of accessories, shoes, tops, bags and many more, without losing much energy plus with affordable…

Back pain is one of the most common medical problems in the United States. Experts believe that it affects between 80 and 90 percent of Americans at some point in their lives, yet it is easily manageable, as long as you treat the problem in the early stages. The pain is normally caused initially by…

Is It Time to Move In? Don’t Miss These Four Quick Steps for How to Make Your New House Feel Like a Home Have you recently moved into a new house and it’s just not feeling homey enough? With any new property, you have to get to know your home over time. But that doesn’t…